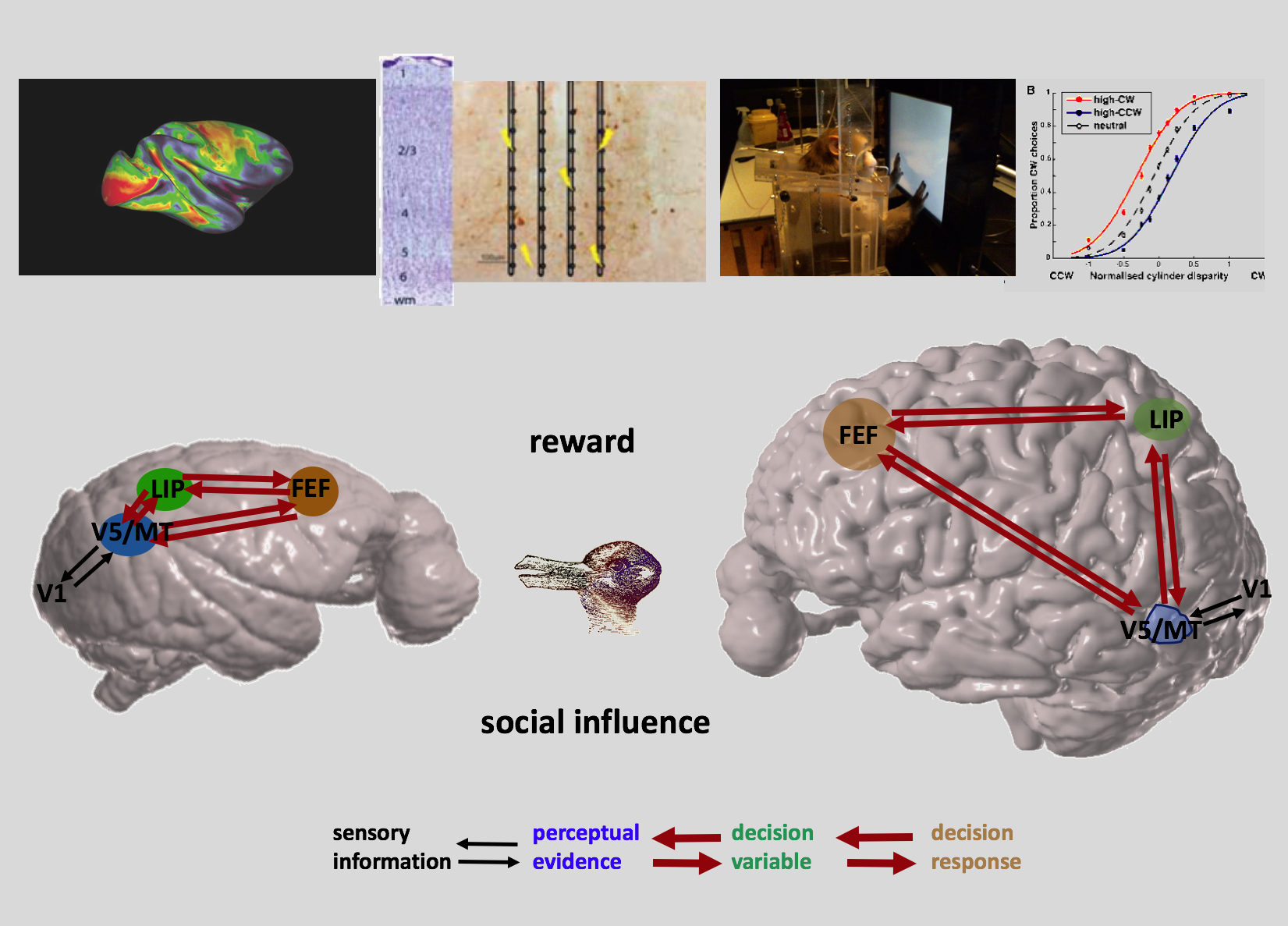 Understanding the structure and function of the neural mechanisms that underlie visual perception and decision-making in primates. We aim to elucidate and control the dynamic patterns of neural activity that give rise to perceptual decisions and experience. Major goals include an understanding of how artificial neuronal signals, reward and social learning influence neuronal signals and circuits. Our tools include in vivo electrophysiology, electrical micro-stimulation, focussed ultrasound, highfield MR imaging techniques, psychophysics and histology. Our current work builds on this powerful research platform we have developed and extends it to increasingly naturalistic settings of perception and action. Linking the activity of brain cells and circuits in non-human primates with human MRI and behaviour through common perceptual tasks and computational models, we also investigate altered decision-making and perception in patients with psychological disorders, like autism and bipolar disorder. 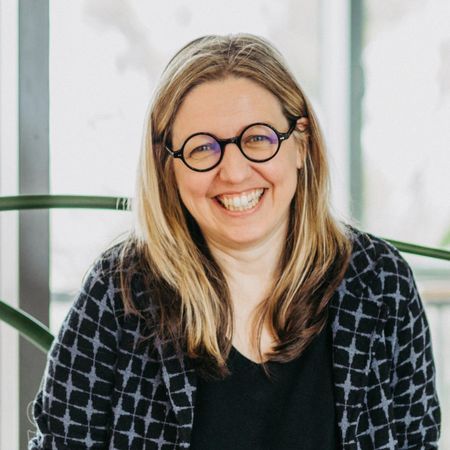